Schoolhouse Review: The Fascinating World of Insects by BrainFood Learning

Alyssa is intrigued with insects and asks so many questions about them when exploring the great outdoors. I had the chance to review The Fascinating World of Insects designed by BrainFood Learning as part of the Schoolhouse Review Crew. It was perfect timing since we just finished studying several different types of insects and their life cycles. BrainFood Learning is a company that sells award-winning educational videos. The fact-filled videos were produced by Bryce and Jennifer Mooney.

The informative DVD covered a variety of insects within a reasonable 43-minute time frame. The video contained appropriate content that was easily understood thanks to the clear and simplified explanations. Each video clip lasted approximately 3 minutes per insect. A female narrator discussed the insect's features, their diet, abilities, the benefits to humans, and their adaptations. There are photographs and live footage of insects included in the fascinating content. Interesting trivia and facts are sprinkled in a gentle manner throughout the videos. Did you know that ladybugs could be the color blue? Did you know that only male grasshoppers sing by rubbing their wings or legs together? Another factoid we learned was that water striders can jump and land without getting wet. They also have hairs on their body that capture air and help them float.


Insects Featured
A variety of specific insects were addressed in the video. Alyssa learned about 11 different insects including:
We saw a menu with options including "Play All," "Insects," and "Reviews" once the video started. The "Play All" option enabled us to watch and listen to the video in its entirety showing information for all of the insects. You also have the option of choosing "Insects" for a specific or focused study on one particular insect. Additionally, your child could choose to click on "Reviews" which will enable him or her to skip straight to the review and quiz formats.
The "Play All" option begins with a short introduction to the insect world describing common insect features. The video reinforced previously learned concepts including the fact that insects have six legs, compound eyes, feelers called antennae, an exoskeleton, and three body parts. After the introduction, Alyssa was introduced to one specific insect at a time. I was most impressed with the thorough review at the end of the video. The review section is broken down into five different formats:
1.) Review Insect Flashcards

4.) Review Insect Facts
5.) Review Vocabulary Terms
Please Note: Our DVD screen is very dirty. The content appears much clearer on a television or computer screen. I had a difficult time capturing shots without a glare.

Our Experiences
My daughter was absolutely thrilled when the package arrived in our mailbox. She enthusiastically asked to watch it the first day. I used the Fascinating World of Insects video with my five-year-old daughter as a supplement to our homeschool science curriculum, nature studies, and unit studies this summer. We also used this resource in conjunction with lapbooking, notebooking, and copywork activities. Alyssa almost always selected the "Play All" option in order to learn about every insect mentioned in the video in one sitting. Many days she watched the video on her portable DVD player while we traveled or while I worked at the computer. She actively participated in the review questions at the end of the video. She literally yelled out the answers to the questions and applauded herself when correct. It makes me happy to see her interacting and learning so much from the video while having fun. 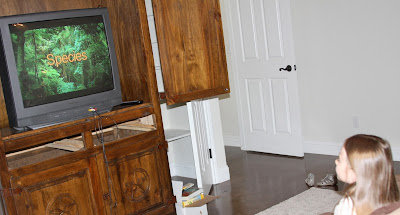 After completing the review section, she chose particular insect video clips to view again. Alyssa learned how bees make honey, how caterpillars transformed into butterflies, and that grasshoppers spit a brown liquid out to protect themselves when in danger. She also learned that some ladybugs taste and smell bad to predators and that they pretend to be dead. She couldn't believe that there were four types of rhino beetles including the Atlas, Elephant, Japanese, and Hercules rhino beetles. We would often explore the backyard or a nearby park for insects after watching the video. 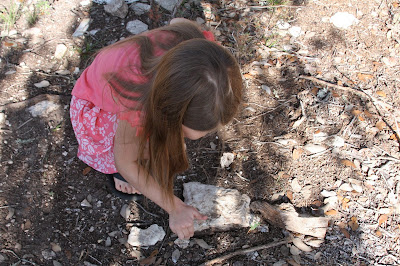 She watched the video numerous times during the review period. I actually lost count, but I know for sure she watched it several times a week and she frequently watched it more than once a day. She truly enjoyed viewing the labeled diagrams. She asked me if I could print the diagrams out so that she could add it to her science binder. Unfortunately, I had to tell her it was not possible. I guess she wasn't happy with my response, because one day I caught her copying and labeling a diagram of an ant on notebook paper while the video was paused. 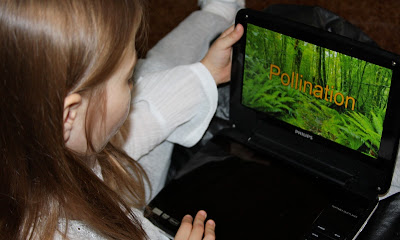 Possible Cons
I hear the Texas crickets chirping loudly . . . still thinking . . . sorry, I have absolutely nothing for you. We absolutely LOVED everything about this DVD.

Overall Thoughts
I hope to eventually own all of the DVD's. I would love to utilize The Fascinating World series this fall as a supplement to her zoology studies. I was thoroughly impressed with the comprehensiveness of the content. Additionally, the organization and presentation of the material was quite impressive. She often chose to take this video with her when on long road trips or when grocery shopping. She plans to pack the DVD in her luggage for our upcoming camping trip. I was thankful and grateful that we had an educational video for her to watch that managed to keep her attention. A sense of relief was felt when I realized she could actually watch it without my constant supervision. 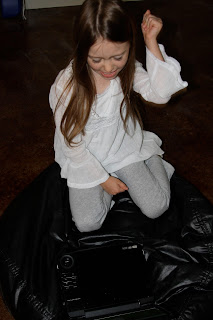 Alyssa's Thoughts (Age 5)
"I really liked the DVD! I had fun learning about ALL of the insects. I didn't know that ladybugs could be blue or that praying mantis could be pink. Mommy, did you know that only female mosquitoes bite and suck your blood? Oh . . . and daddy . . . the hard elytra on the outside protects the ladybug's soft inside wings. The butterfly and ladybug pictures were pretty. I thought the videos of the insects in their habitat were cool. I think the photos and videos were neat too, because it felt like I was outside looking at them."

I had to stop her at that point, because I am sure you can tell that she found the video stimulating and enjoyable. Alyssa's favorite insects to learn about were the butterfly, praying mantis, rhino beetle, ladybug, and honeybees. I think she would have listed the entire group of insects if given the chance.

The Fascinating World of Insects DVD is available for the affordable price of $14.99. Check out the video below to preview the video content.


Other Products in the Series
All three of the DVD's in the series are sold separately for only $14.99 each. The following titles are included in this series:
The Fascinating World of Birds

The Fascinating World of Mammals

Recommendations
I highly, highly recommend The Fascinating World of Insects DVD from BrainFood Learning to any homeschooling family with children who love observing and studying insects especially in their natural environment. This would also be a great resource or tool to utilize during a nature study or a science insect unit. I believe teachers and parents alike will benefit from having their children watch this educational DVD. This could also be given to babysitters especially if you pair it up with a craft or activity.

Social Media
You can preview the videos from this series on their You Tube channel or read a variety articles on the BrainFood Learning blog. Be sure to like the company on Facebook too!

Head on over to the Schoolhouse Review Crew to read more reviews for all three of the videos.

Posted by A Learning Journey at 9:18 PM